In this section you will know more about the projects in which I’m participating or about my own projects.

Description: “Hyacintho Resilience” is a project directed by Soul-Rokkuman, leader of the Hyacintho Team, that have united forces with me to create an incredible music album and artbook of Mega Man, to celebrate his 27th anniversary.

You can listen the entire album on my YouTube Channel, download all the songs from the album in the Downloads Section of this page, and if you want to support me, you can buy the Lossless version of the album on my Bandcamp page.

Description: “Area Zero: Remix” is a tribute album of the “Mega Man Zero” games. The album is divided in 4 chapters, and the names of the chapters will be revealed a little before his respective release. The first release will be Chapter 01: Awake.
The artist “Blopa” is in charge of the artworks; drawings that i will use as Cover for the chapters.

Status: Undefined Hiatus. Just that. This project could see the light someday, but for now, not.

Description: A game in development by Team Einherjar. I’m working on some original songs for the stages. There are some demo tracks on my Soundcloud profile:

Status: In development. You can find the playable demo in the Facebook page of Team Einherjar. Check it out: 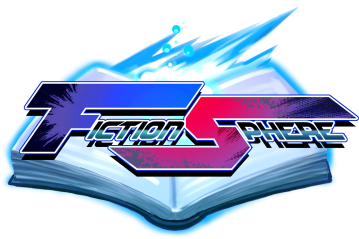 Description: An original game in development by Team Einherjar.

FictionSphere is a “Technical Platformer” with a story driven agenda. Its packed with some of your favorite mechanics from the Platforming and beat-em-up genres.

We aim to have TWO compelling stories, as well as 2 different styles of gameplay. The protagonist Ratio will have more of a Platformer feel, while Paradox will take more of a beat-em-up route. Both playstyles require precision, execution, and timing. This game will be a true testament of your gamer-like reflexes!

Status: In development. the trailer is now on YouTube and the KickStarter campaign is alive!

Description: This is an animated series in development by Deivid Belmont and Murasaki Neko, from Colombia. You can see the advances on their Facebook page.

Status: In development. I’ve already did the opening theme, it’s the song “Mega Man X5 Opening Re-Arranged (2016)”. Also I will do some songs from Hyacintho Resilience but will be completely remixed, to sound with my actual quality.